On Thursday 24 August 2017, a group of men who attend the Robinvale Euston Mens Shed had afternoon tea with Ray Jones, CEO of the Euston Club to receive a cheque to pay for additional storage of their gear in the form of a shipping container.

The men were delighted to receive this much-needed financial support as they only recover costs with the wonderful work they do for all in the community. Over freshly made sausage rolls, cake and coffee the men talked through their “smoko” about all things “men” with Ray. Jack Forbes the designated leader of the men thanked Ray on behalf of his group and said that the generous gift was greatly appreciated, as they will now be able to store their equipment and timber out of the weather and more importantly free up space inside the sheds.

Jack also put in a plug for more men around the district to consider attending the Mens Shed, held every Thursday afternoon commencing at 2pm. Even if you only want to come over for smoko and enjoy the companionship all were very welcome. The atmosphere is friendly and supportive and this is in sync with Mens Sheds around Australia.

The purpose of the Mens Shed concept is to provide a place for blokes to go and talk…about anything! If you know a good joke or two you would be a very welcome addition to the group! In addition to the Mens Shed grant, RDHS gratefully received a cheque from Ray Jones and the Euston Club to finance a community Mental Health play, ”Carpe Diem” in October 2017. Sue Watson, RDHS Community Wellbeing Officer, will organise for the play to be brought to Robinvale/Euston and bring home a very important mental health message on issues that are not often talked about openly. Thank you to the Euston Club and your support of our communities, Robinvale and Euston from two very grateful recipients! 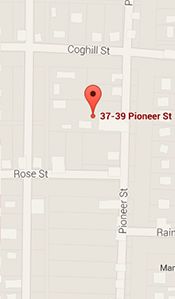